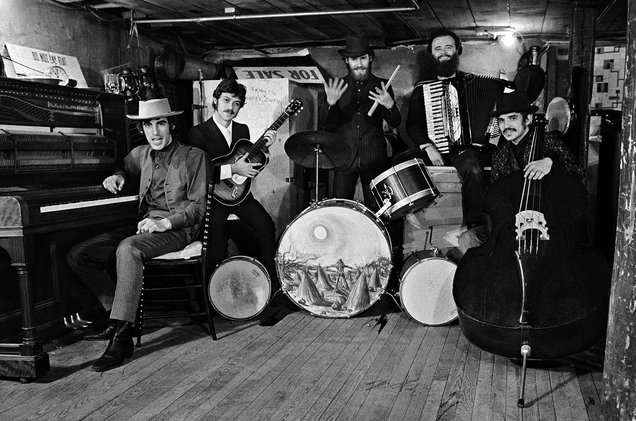 After decades of notable absence from audio and video documentation, The Band goes back to the Woodstock Music and Art Fair this month.

The group’s entire 11-song performance — including a cover of The Four Tops’ “Loving You Is Sweeter Than Ever,” premiering exclusively below — is among the bonus material on The Band: 50th Anniversary Edition, a box set coming out Nov. 15. It sits among a newly remastered version of the album as well as 13 previously unreleased, alternate versions of the album tracks, and the group’s Robbie Robertson — who helped helm the reissue amidst projects such as his own new solo album, the new Band documentary Once Were Brothers and scoring Martin Scorsese’s The Irishman — says pulling out the Woodstock tapes took him right back to The Garden.

“When I listened to it, I had this flashback,” Robertson tells Billboard with a chuckle. “We played on the final night and it had just gotten dark out and it was the perfect time to play, but we kinda thought, ‘I dunno if we fit in here.’ The audience was in ecstasy of their experience and the music and the mud and the partying and going crazy, and there’s people jumping up and down, screaming. And we go out and play this concert, and it was the equivalent of going out and playing hymns. It was so NOT what they were looking for. They stopped jumping up and down. Their arms weren’t in the air anymore. It was like they went into a spell, a whole different feeling. So we played and left and then they went back to the party.”

The set on The Band certainly speaks to the quality of The Band’s performance, though the group’s relative neophyte status as a live act on its own — after having toured with Bob Dylan — is what played a part in the recordings staying mostly in the vaults until now. “It was (manager) Albert Grossman who was saying, ‘I don’t think we should be part of that (film and album),’ although he had other acts on the show that were,” Robertson says. “I think because we had not played many jobs as The Band before we played in front of 500,000 people he was quick to say, ‘When they play there’ll be nobody running around on stage with a camera. They have to be able to do their thing and communicate with one another musically, so no cameras’.” Robertson says there is Woodstock footage of The Band taken from a distance, but that remains in the vaults.